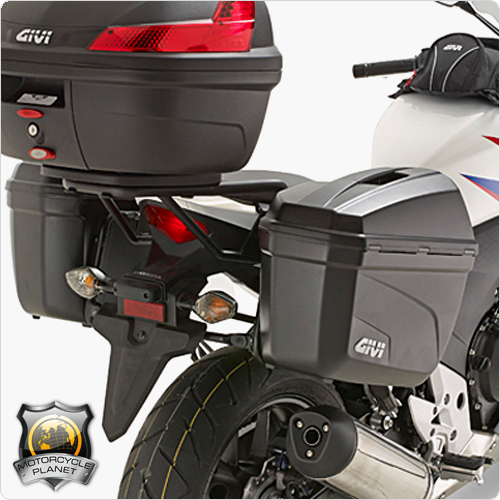 You will receive 200 KM free per day with your rental. Any additional mileage will be charged at a rate of $0.25 per kilometer.

If renting for a week ( 7 days or more ) the customer will receive a special weekly package of 1600 KM free. Any additional mileage will be charged at a discounted rate of $0.18 per kilometer.

Double your free kilometers when you rent from Monday to Thursday. ( You will receive 400 km a day for free instead of 200 km a day. )

This is a Monday to Thursday special only. If your rental does fall on a Friday, Saturday or Sunday this package does not apply.

** You must mention this package up front when booking or they will not be applied. **

The adventure-bike market has been growing steadily, even as other segments recede. Year after year, the BMW R1200GS has been the best-selling big bike worldwide. But one company has been notably absent from the fray: Honda. The 2016 CRF1000L Africa Twin is Big Red’s return to that market segment, and it makes a strong statement.

As we have come to expect from ADV offerings, the Africa Twin offers ABS and traction control, both of which offer different modes for different conditions. ABS is switchable at the rear wheel only, and while I was at first skeptical, I found the front ABS to be generally unobtrusive on road and off, even over rough ground and loose stones where many ABS systems falter. Traction control has four settings: Off and 1-3. Level 1 is quite sporty, allowing slides and only intervening when things have gotten pretty far along; level 2 will keep the wheels in line but allows some spin; and level 3 is an overprotective nanny. It’s worth noting that both the ABS and TC have physical switches, so there’s no fishing around in electronic menus to select the desired settings.

One feature that stood out is effective air management. The Africa Twin spent a lot of time in a wind tunnel, and for those of us who are accustomed to the buffeting and noisy air of many ADV bikes, that is a blessing. The windscreen provides a nice pocket of still air, to the point that rain drops were collecting on my visor and staying there—I had to stand up and get into moving air for them to disperse. 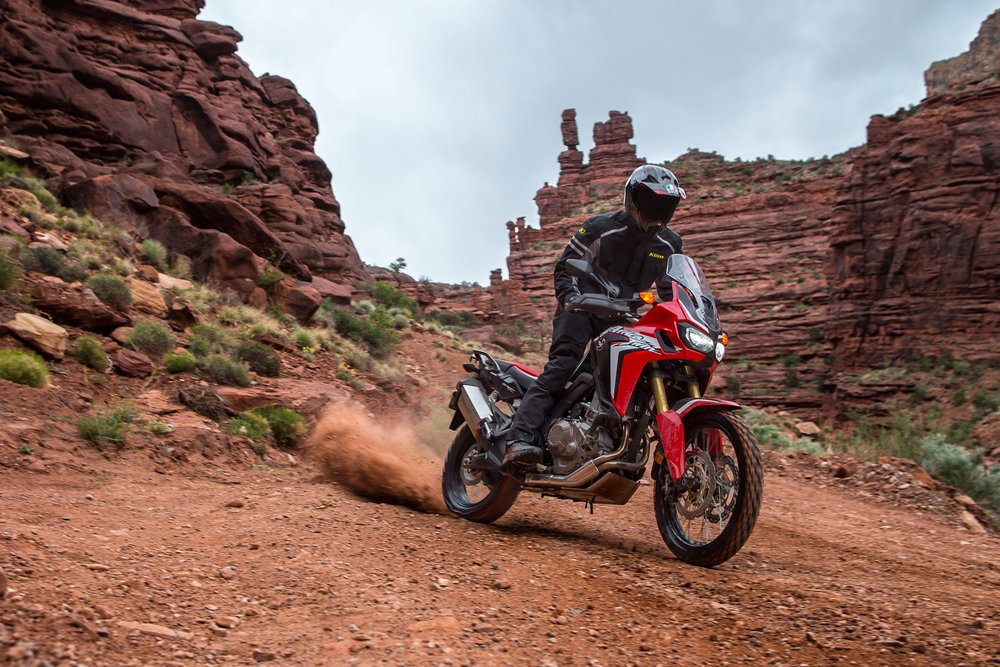 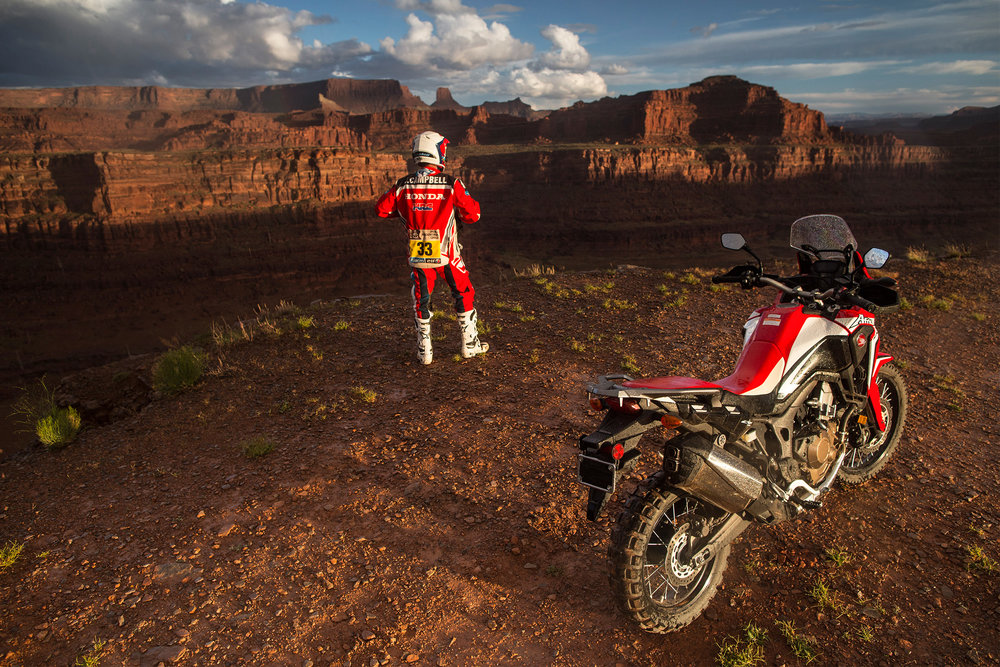 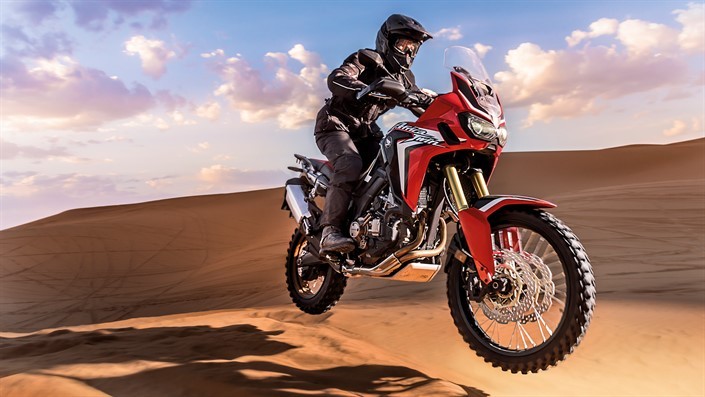 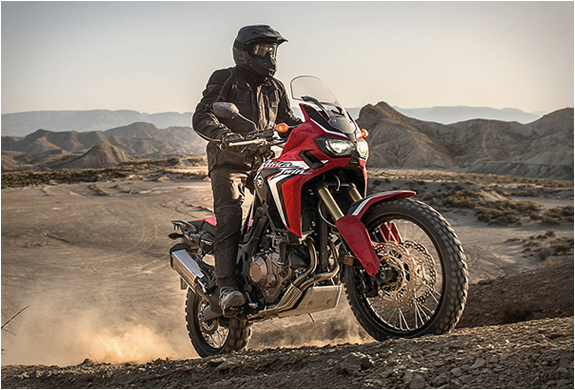